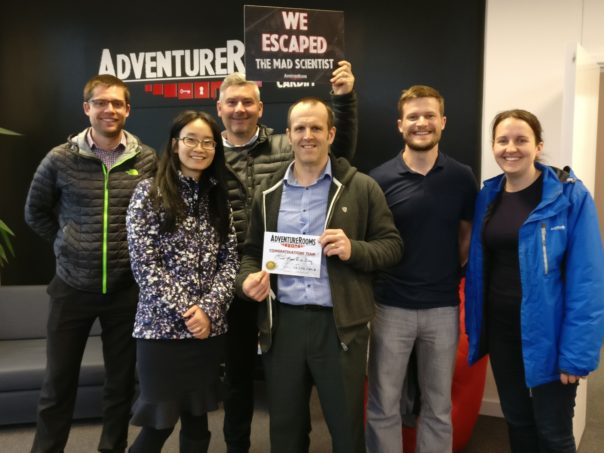 Six jovial colleagues attended the Adventure Rooms in Cardiff recently, solving a series of problems and puzzles to escape from the rooms.  Split into two teams of three, one team looked to escape and one looked to capture, and then the roles were reversed.  Only three in the photo captured and made their escape, your puzzle is – which three?